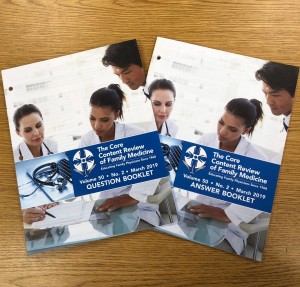 The editorial staff and the Executive Board, composed of family physicians, ensure that The Core Content Review of Family Medicine continues to improve upon its long-standing tradition of excellence in medical education for family physicians and other primary care physicians.